Planned Giving Isn’t Hard… You Can Do It! 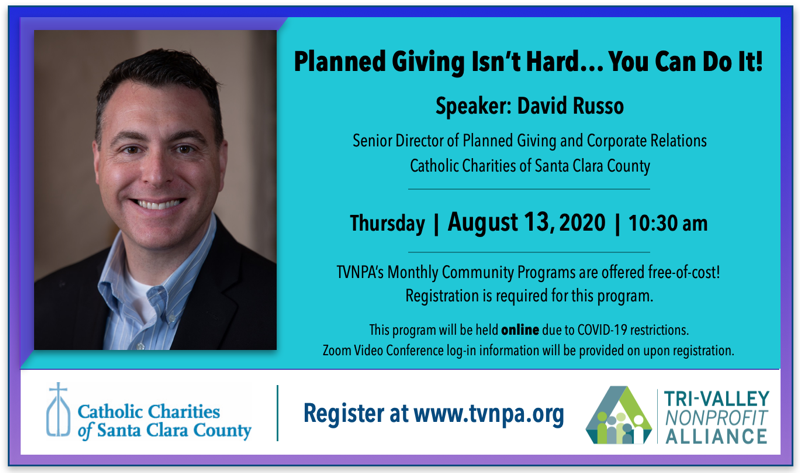 Nonprofits can overcome their fears and anxieties about running a planned giving campaign; it is not as hard as it sounds… yes, you can do it!  Speaker David Russo from Catholic Charities of Santa Clara County will coach organizations on how to start or revitalize their planned giving efforts and campaigns.

David brings over twelve years of charitable gift planning experience to his role at Catholic Charities. Previously, he was the Director of Estate and Gift Planning for the American Cancer Society, Inc., serving the Silicon Valley and Central Coast regions and was the Planned Giving Associate at Silicon Valley Community Foundation. While there, he established their charitable gift annuity program, facilitated the highly successful real estate gift platform and administered their $50 million remainder trust portfolio.

David currently serves on the board for Starting Arts and sings tenor for Symphony Silicon Valley.